This book is aimed at someone who knows little to nothing about the game of Go. Perhaps you've seen glimpses of it in popular media or maybe you have a friend who is a Go enthusiast, and would just like to learn more about how he or she spends their Thursday evenings. This publication will not only take you through the basics of the rules and strategy, but also you can learn a lot about the culture surrounding this game and its 4000 year old history. 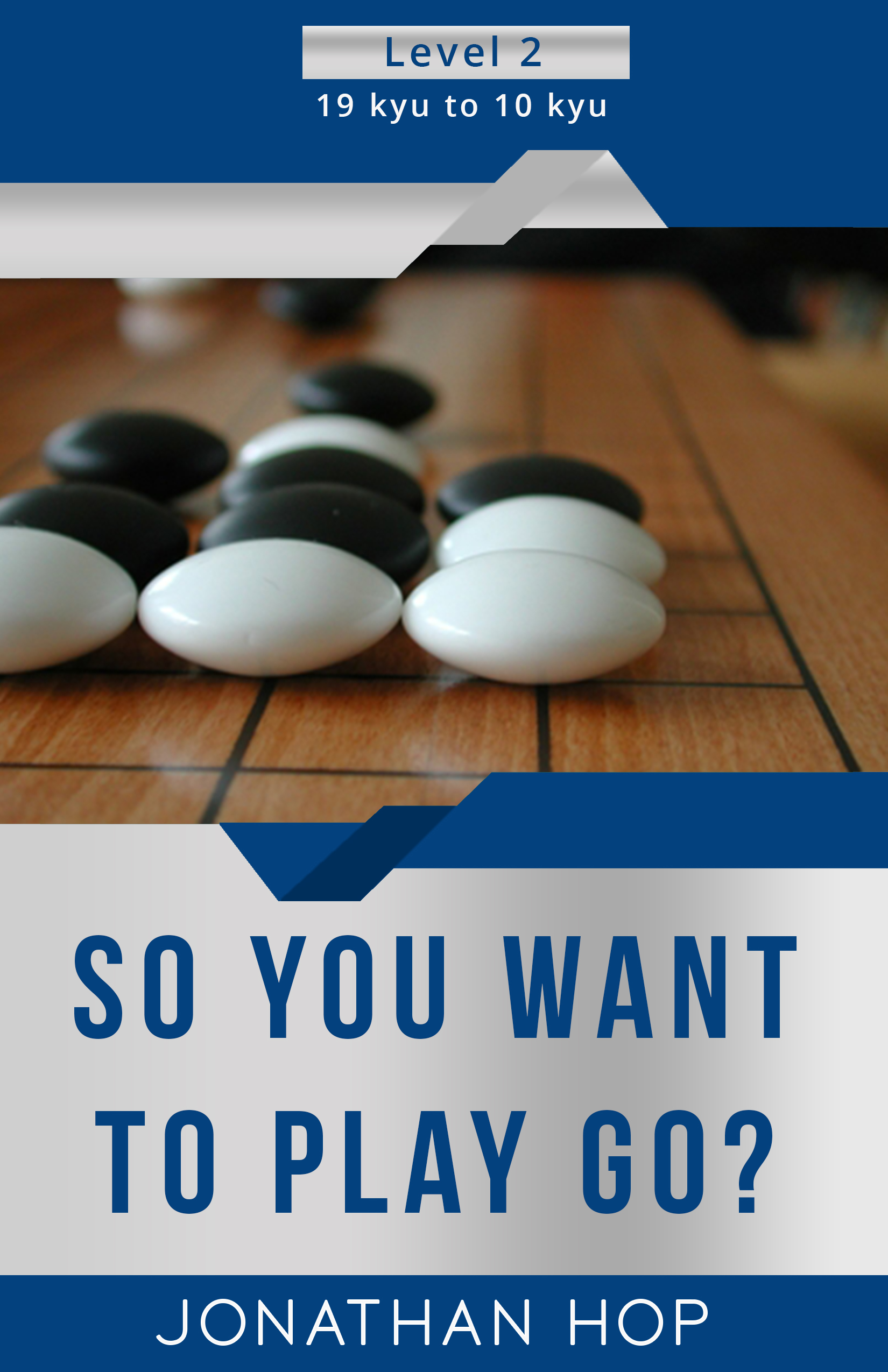 This publication is aimed at someone who already knows the rules and basic strategy of Go, but wants to move on to a larger board. Level 2 will introduce you to the fundamentals surrounding the opening, middle game, fighting, invasions, and joseki that you will need to progress your playing level and join the ranks of the single digit kyus.

This book is designed for single digit kyu players to assist in their never ending quest to become 1 dan. This edition is far more rigorous than the previous two and will delve deeper into topics like the Opening and the Middle game to help you raise your level of play, as well as go over finer tactical concepts like overconcentration and probes so you can easily apply them in your games.

The final installment of the "So You Want to Play Go?" series is intended for low level dan players looking to improve their game and widen their horizons with respect to Go. By far the most difficult book of the series, the game is presented in Hop's usual fun and laid back style. The book mirrors his training at the Yu Changyuk Baduk Dojo in South Korea where he studied alongside students who would one day become professional players themselves. The book was done in collaboration with the Russian pro, Alexander Dinerchtein.